The Way to a Full Life 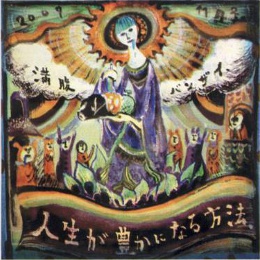 During my recent five weeks of traveling alone through Europe, I overcame my dislike of several foods.

The first of these was that of melons. I have actually avoided melons since I was young, and though every year my grandparents in Hokkaidō sent us a perfectly ripened gōya, and eggplant. But when it comes to melons, their sweetness, appearance, and aroma seem to fall short of qualifying as a fruit, and leave a halfhearted feeling. Yet they have that tense aura from being highly prized. Can you see what I mean?

As it so happened, I stayed at a bed and breakfast when I stopped in Rome, and seeing as they offered supper to those who wished for it, I chose to dine there. I took a seat and was presented with an appetizer of cured ham and cantaloupe. I kicked myself for not telling them beforehand what foods I couldn’t eat, but not eating it would be rude…so I took a bite, and what do you know. It was refreshingly scrumptious! And the pairing with ham was simply buono!! (“Buono”—that would be Italian for “delicious”, you see.)

I had seen this particular appetizer many times at Italian restaurants. I had never tried it myself, but my imagination told me it was a ridiculous combination. I suppose you could say I finally reached a clear understanding of the role that melons play. They seem halfhearted if you think of them as fruit, but everything clicks if you think of them as sweet vegetables. Tomatoes, paprika, carrots—the list of vegetables with a mild, almost sweet flavor is a long one. Thinking of melons in the same way leads to a satisfactory resolution.

By the way, along the streets of Italy you can buy ham and cantaloupe on skewers. They’re somewhat like the skewers of spring onion and tuna you can get in Japan. (Maybe?) I saw countless people munching on them as they walked.

And the one other dislike I overcame was that of red wine.

I used to stay away from wine, in particular reds, for which my limit is very low. It was as though I never found a red wine that kept me from preferring the taste of white wine.

But as it so happened, I had a taste of a wine recommended to me at the very same bed and breakfast in Rome, and what do you know. Yet again, buono!!

The mystery wine came in a bottle with no etiquette (that would be the bottle’s label, you see). When I inquired as to what exactly I was drinking, I was told it was produced at a local vineyard. It had a certain drinkability and wonderful fragrance that I found intoxicating. The person who made the recommendation said that “it’s still young, so next year it will have a nice flavor,” but I found no faults with it. In fact, its twang of freshness was energizing, and losing myself in the flavor, I gulped it down on an empty stomach, which actually left me queasy later. But I overcame that dislike, and in fine fashion.

When you add something new to the list of things you enjoy, I think your life becomes a little fuller. My time here left me with a deep longing to take the many things in this world—not just food—and add as many as I possibly can to my list and cherish my life even more. I couldn’t ask for more.