The Forbidden Evening Drink in Solitude 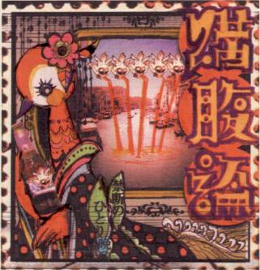 It’s hot. Ahh, what I wouldn’t give for a beer right now.

As this thought naturally slipped into my mind, I paused in the realization that I have truly become a full-fledged adult. (Of course—come next year I’ll be 30.)

And so today I have more stories from the five weeks I spent in May and June traveling solo across Europe.

Two weeks after departing Japan, I have found my way to Venice, Italy, with its blazing sunshine, sea breezes, throngs of sightseers, shadeless city squares, and inefficient air conditioning. And were you to add to this a pizza on your table, beer would be the only thing to go with it, wouldn’t you agree?

I have a tan like a grade schooler on summer vacation. Come to think of it, I wonder how many years it’s been since I last spent so much time in the sun. During summers in Japan I always carry an umbrella for shade. Even over here I’ve taken care to put on sunscreen every day, yet I still ended up like this. It’s reached the point where I don’t care anymore. In fact, I’m enjoying this slightly darker version of myself. Bring on the freckles. I feel as though I’m photosynthesizing.

Now then, among my female friends, nearly every one of those around my age confesses to enjoying an evening drink alone, even at home. It would seem as though having a glass after stepping out of the bath in the evening is quite common. I also rather enjoy alcohol, but I have held to my principle of not drinking when I am alone. Not only is the flavor better when sharing a round with others, but I also have a feeling that a girl born in the Shōwa era who is that comfortable with being alone might as well give up on marrying…. So it was a realm I avoided setting foot in. Was, that is.

But hold the presses (this expression alone betrays my Shōwa origins), because on this trip I’ve lost count of how many times I’ve had a drink alone! Every one of those times I was enjoying a Pilsner while in Prague, in the Czech Republic. This beverage single-handedly opened the door to that forbidden realm.

Before I arrived I already knew that the Czech Republic is known for its beers. Even Budweiser has its roots there. Though in Japan Pilsner is little-known and comes with an extremely high price to boot, over here a draft is really cheap! Thinking I should have at least a taste so I could talk about it later, I casually added a pint to my order. At the time, I was eating goulash, a typical dish famous in the Czech Republic. Put simply, it’s like a strongly flavored beef stew. That marriage of goulash and Pilsner was, to use a trendy word, “epic”, absolutely “epic”! Though two or three sips of beer is normally enough to satisfy me, I was this close to asking for another. Since then I’ve finished off a glass everywhere I’ve gone.

And now, here in Venice, whenever I happen to see someone enjoying a cold beer out on one of the terraces found on every street corner, my gaze is caught and I think, “Uwahh, that looks so good…” But I do have one concern, and that is when I drink alone, I feel the effects of the alcohol much sooner than when drinking with others. It’s an inescapable fate. Just one drink is actually enough to make me tipsy. If I’m not careful…. So at the moment I’m keeping myself in check.

Ahh, but I could really go for a beer right now.

For today, this is all I want to write. I couldn’t ask for more.