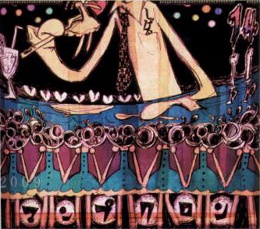 Whenever I see purple yams, it always reminds me of “Shigeru”.

When I was selecting a seminar in college, I picked one that “sounded like it wouldn’t have many people.” In everything I do, I am never comfortable in large groups, so I selected it solely due to my impure motivation to attend a seminar with as few other students as possible.

Having already entered my present line of work at the time, I was not leading the sort of so-called campus life that one might expect of a college student, but despite my impure motivation for choosing this seminar, my experiences there became one of my good memories from college as an incomparable “time when I felt like a college student.”

It was a seminar with only eight students and a rather elderly professor, held in a cramped classroom as we sat in a circle and did nothing but engage in spirited debate.

My first impression of the professor was, frankly, “an enigmatic old man”. His stern expression made one think he would say something cryptic at any moment, yet his tone of voice was filled with such ennui he seemed to lack any motivation. His area of research was also dull, seemed inscrutable, and even gave the impression that it was in a sense dubious, and compared to the younger professors with their trendy research topics, he had an aura of being difficult to approach. Consequently his seminars attracted few students, but thinking on this now, that may very well have been according to his plan. As we sat in full view of each other in ever-expanding conversation, though we started as a gathering of students who did not know one another, each person’s profile showed through and revealed the originalities present in all, and though our personalities were entirely different an odd sense of unity developed. The professor was like a person who constantly has a unique world floating before his eyes. His gaze as he stared with deep fascination into this world and his innocent love of exploration was very like a young boy’s. His character gradually enchanted us all, and before long he had attained star status in our group.

So things went, and I reached the final spring of my college life. All of my seminar pals had also passed their courses, and we decided to take a graduation trip to Okinawa. But there was one girl who could not arrange her schedule to go with us, so in return we bought a souvenir package of Okinawa’s famous “yam flakes” made from purple yams. She was a master confectioner, and we had often been the recipients of her homemade sweets. After graduation she planned to take a job in a confectionery business, and when we presented her with the yam flakes and suggested she make something with them, she returned the following day with an original cake of her own design as a gift for everyone. Those purple yams had been transformed into mousse and paired with the complementary color and flavor of a pistachio sponge cake. A brown sugar meringue further added to the Okinawa-ness and topped off what was every inch an original cake! The taste was splendid, and the name she gave to this cake that was filled with our memories was “Shigeru”—our professor’s name.

In fact, that cake amazingly appeared in a cake contest at a certain department store and won a ribbon! I wish I could hear what the judges thought of the name “Shigeru”, which definitely did not match with the cake’s cute appearance. I couldn’t ask for more.