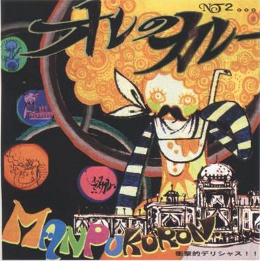 Perhaps because I cook practically every day, though I am not yet a mother I have acquired a set of “mother’s hands”. Kitchenwork in winter takes a toll on my skin. While the girls around me are spending tens of thousands of yen to have their nails artfully painted, what am I doing with these chipped and torn fingernails of mine? It would be understandable were it the result of a mother’s sacrifices for her family, but even I cannot fathom why, after a long and exhausting day of work, I return home to prepare such things as katsu and konbu stock for me and me alone.

I have now undeniably reached the level of being able to list cooking under my “Hobbies and Skills” column. But such a listing tends to prompt the question, “What’s your specialty?” I’m not sure how to answer. What indeed is my specialty?

In my case, one of the reasons I avoid eating out at all costs comes from my unease over not knowing what sort of and how much cooking oil goes into the food, so at home I hardly ever cook meals that call for oil. Which necessarily means that boiled, stewed, and steamed dishes are a staple. But I prepare such dishes not because I am particularly skilled at making them. I prepare them merely because that is what I want to eat, and they are not the sort of dish that I eagerly cook to set before a guest.

While recording an album, I did some research on what various staff members and musicians considered their specialty.

It so happened that most of those present were men, and as if they had agreed upon their answers in advance, to a man they replied, “I usually don’t cook, but I make a mean curry,” or, “My curry is seriously good.” What’s going on here? What is it in curry that strikes such passion in men’s hearts?

I do not boast when I say that I have yet to make my own curry. There is but one reason for this: it’s too much work.

I mean, in my mind, it seems like a tremendous pain, making curry. There’s peeling the potatoes and taking out the eyes, rinsing them in a little water, peeling the carrots, getting a lot of stuff ready to put in, and the onions make me cry, and you’re supposed to gently sauté everything until it’s golden brown…ahh, what a pain! It takes far too long, and storing the copious leftovers is a problem. Yet, quite oddly, guys say things like, “The secret is to cook the onions for two hours,” and, “I use my own blend of spices.” Men tend to like fiddling with machines, assembling models, and collecting things, so perhaps there is something in common with these. Working out a series of simple tasks, trying out spices in the pursuit of one’s own flavor. That reminds me, the ratio of men to women in curry commercials might be on the high side.

As the men were engaging in lively banter on their own curries, there was I, muttering that onions could just as well be nuked in the microwave. Without a doubt, women are constantly thinking about how much effort can be saved. I found the difference in average lifespans here.

Still, all this talk about curry makes me really hungry for a bowl…although not so hungry that I feel like making some.

May your new year be more than you could ask for.