Do You Fancy Foods with a Foul Smell? 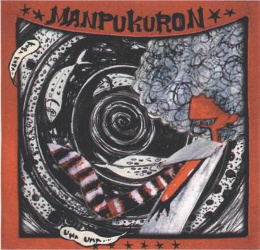 What is it about foods with a strong odor that makes them taste so good?

I have a deep-rooted love for those foods described as “obnoxious”. My day is not complete without a helping of kimchi. Garlic, coriander, tōfuyō, liver, lamb, blue cheese…ah, with cheese, everyone knows the smellier it is the better it must be. Add to this spicy dishes such as Indonesian curry or Korean cuisine, bitter foods such as goya and coffee—stimulants, in other words—and you will find that I tend to enjoy them.

I wonder what exactly is the reason behind this. It is nothing short of a mystery. After all, nearly all animals regard stimulants as toxic, and avoid them as a matter of course. Should not the same go for something that smells bad, to which the instinctive reaction is to judge as rotten and keep one’s distance?

Considering this makes me worry that, as a human being, perhaps my ability to sense danger is below average. Often, when I hear a story of evading danger by some gut feeling or sixth sense, I think to myself that should I find myself in the same situation, I would likely be incapable of escape. Just the other day, there apparently was a rather strong earthquake at sunrise, but it failed to rouse me from my slumber. And though this may be somewhat unrelated, while I do not deny the existence of haunting spirits or guardian angels, I cannot detect their presence at all. It frustrates me that despite being in the business of expressing myself, I apparently lack sensitivity.

But perhaps the opposite is possible. Due to my consuming these sorts of foods on a regular basis, maybe my natural senses have lost their edge. Come to think of it, the foods found in Japan are those that best suit the Japanese race, and fundamental macrobiotics would claim that a diet centered on these foods is best. Take, for example, coffee from the tropics, which cools the body and is thus suited for the people of warm countries, but is harmful to the Japanese when drunk in excess. Since my taste in food goes against my nature, as a result I suppose it is possible I have strayed from my natural state. Someone, help. I want to survive (“Lion”?!).

Still, I cannot possibly stop. Ahh, kusaya is intoxicating. I can’t stand the processed nattō that has no smell. My day starts with coffee. I love cheese that seems to have more mold than cheese. Who did this to me?

So I will continue to live with undying love for that which is smelly, spicy, and bitter! Even at the cost of the dulling of my senses!

But even given that my personal preferences are entirely up to me, I must stop short of offending others. And herein lies a dilemma. In my job, I have to exercise a certain degree of care for those around me. Naturally in soundproofed recording studios, and especially during rehearsals and performances for the musical “Les Misérables”. Why? The part I play has a kiss scene. There was actually one time when I had kimchi right before rehearsals and my partner in the kiss complained about my bad breath…. Ehe—such is the way I am, but you’ll still love me, right? Could I ask for more?

Translation Note: The phrase “I want to survive” (jp: “ikinokoritai”) is a line from a song entitled “Lion”, which was sung by May’n and Ai Nakajima and used as the second opening theme for the “Macross F” animation.