Pancakes Have the Flavor of Girlhood 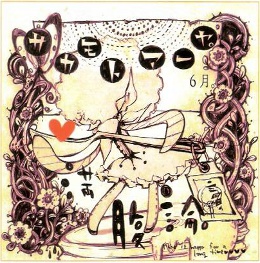 When I was little, I didn’t like them at all. Pancakes, that is.

But now I’m crazy about them. Of course one big reason for this is that I came across a place that makes great pancakes, but actually beyond this, they blend with an aromatic memory, and having pancakes on my plate warms my heart.

Among my friends is a girl from whom I am “inseparable” in every sense of the word. We know practically every event in each other’s lives from grade school until today. Just this is enough for us to get along well, but in various other ways we are total opposites. Our tastes in clothes, boys, and music differ. She says I am hopelessly thoughtless, and I say she is overly cautious and beyond remedy. Yet in these areas we secretly envy the other.

This is a story from many years ago.

It happened that one day she broke up with her boyfriend of several years. She told me she didn’t want to spend the rest of the day by herself, so I offered to let her stay the night at my place. A nice thing to say, but the truth was I had no bed. I was just about to move, and my new house was still devoid of any of my things. As if that were not enough, my current house was cluttered with cardboard boxes from my ongoing packing. Given this, we decided spending the night in the barren new house was the better of the two. We grabbed a thick blanket and set out. There was a nervous excitement to it all, as if we were running away.

She really cried a lot that day. It was as though I could see every word I spoke as they failed to reach her heart and fell to the ground in drops. I could do nothing but lend an ear to her endlessly repeating story.

As the night wore on we were understandably exhausted, but sprawling out on the hardwood floor gave us sore backs and not a wink of sleep. Just then I spied a large roll of bubble wrap. As a last resort we spread it on the floor and found that it covered about the same area as a twin mattress. We laid down once more, unsure if we had made any improvement, and when we pulled the blanket over ourselves, for whatever reason we burst into uncontrollable laughter. How ridiculous we must have looked, trying to sleep on bubble wrap, of all things!

And whenever we rolled over the bubbles popped! It was comical and somehow nonsensical, and we fell asleep tired from laughing.

When we awoke she was the first to say, “I’m hungry.” I was glad to hear that. I was glad she was hungry. It was proof that time was marching on. I was sure her wounds would gradually heal in the days ahead. No one knows what the future holds, but the present steadily slips into the past. One day the memories of these eyes puffy from tears and this back sore from sleeping on a hard floor will be among her fondest.

“The pancakes we had that time in Hawaii were great, weren’t they? I feel like having those,” she said, so we bought a frying pan at the 100-yen shop and made pancakes. They didn’t measure up to the Hawaii version, but they were very, very good. The early summer breeze drifting in from an open window also felt pleasant.

Her wedding is next year. Growing up is such a wonderful thing. I couldn’t possibly ask for anything more.