Youth of the World, Worry Yourselves to Death ~until the day it's not worth caring about~ 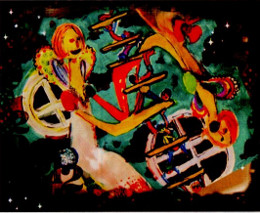 I wonder—since when did I become this grown-up? Cakes with a generous spread of icing are impossible for me to stomach. The something-or-other macchiatos and their kin at Starbucks are too sweet and give me headaches, and I always get rid of more than half the cream in cream puffs. After which they’re simply puffs. Despite not getting long ago what adults meant when they frequently used “not sweet” as an expression of praise for sweets, today I have turned into the type of woman who, when pondering the dessert tray, cannot help but ask, “Which one is the least sweet?” Anyone can tell they’re all sweet—that’s why they’re desserts. Ahh, how dull of me. How did I become such an ordinary adult?

I have yet more examples from the list of moments when I realized deep down that I had grown up, so here goes.

When I stay at a hotel, I’ve stopped taking every last bottle of shampoo and the other amenities with me when I leave. Come to think of it, why I had such an insatiable desire for everything is a mystery. I crammed every last one into my bag before leaving. “What do you need a razor for?”—“You’ve probably never used a shower cap, have you?”—there are plenty of places where I’d like to poke fun at my own lack of thought.

When I step outside for a bit, I’ve stopped fretting over dressing up. It used to be that for something as momentary as taking out the trash I would spend a good amount of time on such things as fixing my bed hair, while in the meantime the garbage truck would come and go. These days I’ll go to the local convenience store, happen to see myself in a mirror, and find that I’m in a solid blue T-shirt and matching track pants, looking not unlike Doraemon.

I’ve stopped obsessing over the stop button on buses. In my childhood days I had to be the one to press it, and so from about three stops prior to mine I would have my finger resting on the button in standby mode. After hitting my teens I would reach to press it, only to be beaten to it by someone else and thereby left flustered over what to do with my outstretched right hand, and so my nervousness then was of a different sort. Today, it’s not worth caring about. Something as small as the stop button is really not worth caring about. Ahh, the phrase “not worth caring about” has such a depressing ring.

But in place of these is a greater number of enjoyments unique to adulthood.

Treating younger friends to a good meal and seeing their expressions as they exclaim their praise for the food at the restaurant I brought them to fills me with supreme happiness. I have a feeling I kind of understand why my older colleagues ten years ago would say things like, “Maaya, I’ve got a great restaurant to take you to,” and lead me by the hand into grown-up territory with a bright smile. As I lend my ear to the worries of my young companion I’ll sometimes mix in stories from my own past and respond with answers that sound a little like they come from a wise older sister, such as, “I see what you mean, but after a few years that might not be worth caring about anymore, you know.” Because it’s true. The things over which you worried yourself to death a few years ago are all resolved, and in their place you have steeper and steeper mountains to climb and taller waves to battle, and you start to wonder why you worried over something so small. You can look back and blush over your days as a rookie and see that the somewhat more seasoned version of yourself today is better. The “not worth caring about” in this case has a very refreshing, light ring, and is also a spur toward the next round of heavy seas which certainly lies ahead. I couldn’t ask for more.