Food for a Stronger Spirit 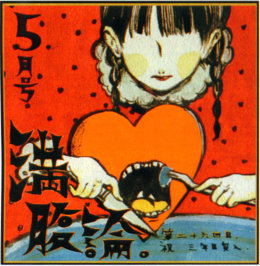 I apologize for the grandiose introduction. My excitement from the Vancouver Olympics has yet to cool off.

This being said, there is undoubtedly much to be learned from watching athletes as they exercise their talents on the front lines. The desire to take up a sport has never crossed my mind, but I have always loved being a spectator. Reading athlete biographies and interviews is another of my interests. Behind the positively glowing exterior of these people who cultivate their inborn talents inevitably lie fierce battles with their own selves, conflicts, and struggles, and whenever I discover this side it fills me with a resolve to become stronger.

Though I can only cheer for them from this side of the TV screen, I share in their nervousness, tears, and smiles. Sport has a curious power to ignite people’s emotions. Since athletes are pursuing what they love and devote every shred of their being to their desire to improve, they spill their blood and sweat for no one but themselves. Yet people take advantage of their efforts to project their own thoughts, so the athletes unwittingly become the bearers of dreams for people they have never met, and the cheers of the crowd that can be an encouraging tailwind at times become a tremendous barrier. And since at the Olympics they carry the “nation’s” hopes, I imagine they struggle with a pressure no normal person could withstand. Those who showcase their ability on such an extraordinarily huge stage must have an extraordinarily strong spirit. To succeed in a sport likely requires a strength of spirit equal to or even greater than one’s level of skill.

This may be something anyone who holds a job, regardless of age or gender, can relate to. In life, battles of strength with others are far outnumbered by those times when you must fight with a fear within yourself.

This is why I want to learn their ways. I want to discover the secret of the athlete’s strength of spirit. Physical conditioning has such things as weightlifting, aerobic exercise, and nutrionally-balanced meals in easy-to-comprehend regimens where one knows how much effort is called for in quite clear terms. Compared to this, what one should do to condition the spirit is rather vague. There are times when my valiant attempts to discipline myself end with my heart in tatters over a trivial matter. I trust the repetition of these sorts of things makes me stronger and kinder, so I see this as a plus. But I still constantly long to know what it takes to live with a more resilient spirit.

It would be so much better if you could ingest such strength through food and be done with it. For building muscle, you can eat high-protein, low-fat chicken. For sharpening your mind, you can eat DHA-laden sardines. So then, what food is good for your spirit? Hmm, I wish it was dried sweet potatoes. I love dried sweet potatoes and have them every day, actually. Ahh, “Thoughts on a Full Stomach” is into its third year! I’m filled with gratitude.

Translation Note: The “Nation’s Little Sister” is a title that was attached to South Korean figure skater Kim Yu-Na during her performance at the 2010 Winter Olympics in Vancouver. It generally refers to a young woman who is cute, popular, and considered to be a representative of the country. In English-language media, Kim Yu-Na was often referred to as “Queen Yuna”, which may be an alternate (albeit somewhat innacurate) translation of this term.