In Which I Accompany My Brother on His Date 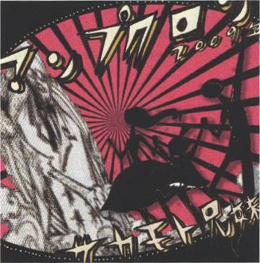 Every time I see a Kentucky Fried Chicken commercial, for some reason it makes me really hungry. But it’s been years since I last ate there. I hardly ever eat fast food, let alone KFC. So why is it that it looks so tempting? Somehow it reminds me of days past, and carries the aroma of summer….

As I reflected on the subject of KFC, I chanced upon a certain recollection: a memory of my third-grade summer vacation, when I went with my brother, who is eight years older than me, and his girlfriend to KFC.

Our parents had to unexpectedly go somewhere that day, leaving my brother and I to watch the house. My brother, a second-year high schooler, was at that age of wanting to have fun. I imagine our parents being away presented him with a tempting opportunity to enjoy the night life for once. Yet he chose the honorable option of spending that time with his little sister.

Perhaps because our ages are so far apart, we have never once gotten into a fight. Rather, we had a strange sort of relationship in which we each took great care not to offend the other. For example, if we were sharing a box of candies and reached the last one, I would say something like, “You take the last one,” and he would reply with, “I’m fine; you take it.” We looked like a couple who had just started dating, so much did we look out for each other. From early on, my brother, who always treated me kindly, was my ideal model for how a guy should be. Thinking about it now, I had a classic brother complex.

That day, despite having arranged a date, my brother couldn’t leave me home alone, and made the risky choice of taking his little sister along on his date. Without a doubt, to a teenage boy, going on a date along with his little sister was quite an embarrassment. But I, being a grade schooler who couldn’t read between the lines, sat innocently between my brother and his girlfriend on the train, went with them to a pool somewhere, and was as happy as a clam to shout his name and wave at him as I floated along in the canal pool. On the way home, we ate at KFC.

I can’t recall a single thing of what my brother and his girlfriend talked about. But for whatever reason, I do remember a lady who sat nearby whispering about how we were such a “young family”. I also remember the way they looked at each other with a sort of embarrassed smile. As the sister-in-law, I felt like pointing out her faults and voicing a complaint or two, but unfortunately for me she was a very beautiful, kind, wonderful girl. She seemed to me to be too good for even my beloved brother, and in fact I had come to like her and hoped to see her again. My feelings from that time mixed with the huge serving of chicken, and it would seem they are tucked away in the “good memories” drawer of my box of memories.

Incidentally, that winter I happened to hear that the two of them broke up. When I jokingly teased my brother about it, saying, “You got dumped!” he shot back with an angry, “Be quiet!”

Hmm…I hope I wasn’t the reason they broke up…. In my brother’s mind that date might be a bitter memory….