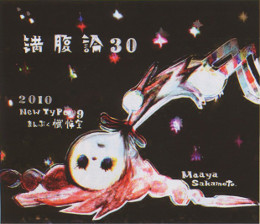 My first summer in high school: there was a boy in the class next to ours who had the misfortune of being assigned the nickname of “Baker” by a group of girls, of which I was a member. I am of course certain that the boy in question never even dreamed that he was being called “Baker” by girls with whom he had hardly ever spoken. After all, he didn’t work in a bakery.

My remorse over this runs deep. To give someone a nickname without permission and secretly call him by that name is crude, disrespectful conduct. But I was still a child then, and I meant neither malice nor harm. I’m sorry, Baker. And what is even more shameful is that the impression left by the nickname was so strong that I cannot recall your real name. I’m truly sorry.

If I could be permitted a defense, there were eight first-year classes, and learning so many classmates’ faces and names in the weeks just after starting school was no small task. In the midst of this, the nickname appeared by unexpected chance. It was the day of the ball sport tournament. The gym was divided into halves, and on our half the girls played volleyball while on the other half the boys played basketball. During a break I was lazily watching the boys’ side when my best friend A—ko walked up and said, “Hey, what was that boy’s name again?” and pointed a finger at someone across the gym. Not knowing who she was talking about, I replied, “Huh? Which one?” “There, the tall one.” “Him?” “No, over there, the one with the red basketball shoes.” “Huh??” “Like I said, over there—the one who looks like a baker.”

So profoundly did A—ko’s artistic, imaginative description impress me that from that day forward, whenever I saw him it was as nothing other than “the guy who looks like a baker.” I couldn’t help it—the word’s ring and the way it fit him visually were simply perfect. And though it is odd to follow with this, generally speaking he was thought of as a rather attractive, dashing type. If at this point I were to rationally analyze why such a person looked “like a baker”, it may have been because of his cheeks, which were always tinged apple red, and his terribly cute round eyes, which together reminded one of Uncle Jam from “Anpanman”. The inadvertent nickname spread like wildfire to the other girls, and before long it was official.

However, some months later I would receive my just punishment. Our nickname found its way to the ears of the nicknamed. He was understandably furious. For an entire year after that he refused to speak even one word to either me or A—ko, as the nickname’s creators.

Time passed, and winter break came. I heard that one day A—ko had a pizza delivered to her home, and when the doorbell rang and she opened the door, there of all people was Baker. Following a momentary and mutual loss of words, he said, “S—, sorry it took so long,” and handed her the pizza. It would seem he was working part-time as a pizza delivery guy. It pains me to imagine what his emotions must have been at that moment. Likely he thought, “I wonder if they’ll start calling me ‘pizza guy’ tomorrow…”

To all the good little boys and girls: when you choose a nickname for someone, always get his permission first! I couldn’t ask for more.

Translation note: The “ball sport tournament” is a common school event in which classes compete with each other in sports such as soccer, basketball, volleyball, badminton (apparently a shuttlecock counts as a ball in this case), table tennis, and dodgeball.