There's a Fine Line Between Love and Hate 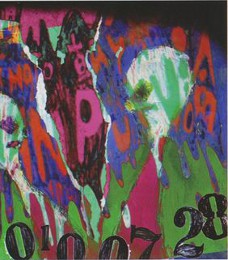 My copy of this essay appears to be missing the last two lines.

When I state that I hate rāmen, most people react as though I had said something utterly inhuman. They make that face that says, “How can you call yourself Japanese and not like rāmen?!” Apparently the citizens of our nation, both young and old alike, truly love rāmen. It’s said that a special feature on rāmen restaurants on TV and in magazines never fails to be a big hit. The popular places have a line in the morning, at night, and even when it rains. In such a country, members of this minority such as myself feel a sense of inferiority that makes life tough. And even when I am asked exactly why I hate rāmen, I cannot come up with a good explanation. Instead, it leaves me wanting to ask exactly why everyone likes it so much.

The one type of rāmen I think tastes good is tonkotsu [pork broth] rāmen. Which is to say that actually, I love it. I especially prefer the dried rāmen from Hakata. You know—the kind where the dried noodles are called “wires”. That’s the kind I like.

But upon saying this I am nearly always labeled a freak. “You hate rāmen, except for tonkotsu? That makes zero sense!” My follow-up, in which I intended to say that I wasn’t disparaging all rāmen, instead throws oil on the fire, ignites the emotions of the other person, and turns the situation into a most bothersome one.

I hate chanpurū. I hate persimmons. But I love them when they are dried. I could eat ice cream every day, but I have no desire to even taste sherbet.

Though one resembles the other, the wall between these pairs of “love” and “hate” is a solid one, and in my mind the twain shall never meet.

Back in college, an older classmate once told me, “Maaya, I found someone who’s perfect for you!” and half-compelled me to meet up with a guy. The basis for her opinion that he was “perfect” for me was that we “both love peaches.” “See, don’t you feel like it’s destiny?” I didn’t answer. For the time being I felt I had to go along with my classmate’s request, and so I agreed to go out with him once.

At our first meeting the single shared topic of conversation we had was that of peaches, so shortly after saying hello we launched into a peach discussion. Peaches are great, huh?—Sure are.—The kind from Yamanashi?—Yes, Yamanashi.—something like this. He had a very shy aura, seemed sweet, and the impression I got was a favorable one. I was having a not entirely disappointing time as I enjoyed a cup of tea with a smile on my face, but with one statement of his the atmosphere changed radically.

“Peaches are only good when they have that crisp, firm feel when you bite into them.”

Stop right there—peaches aren’t anything like that! Peaches are soft, so soft that though you don’t remember taking a bite it’s as if your mouth suddenly fills with juice—that’s what a peach should be like. “I can’t stand firm peaches!” I said, to which he replied, “I can’t stand soft peaches!” Needless to say, there was no second date.

The next day my classmate was appalled to hear me say, “There’s no way I’m destined to be with someone who thinks firm peaches are actually peaches.” There’s a fine line between love and hate.