The Last Flavor of My 20s 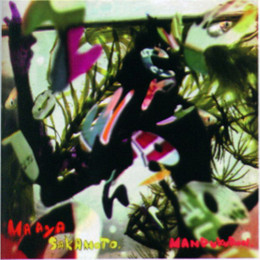 On my 30th birthday, I released my best-hits album “everywhere” and put on a concert at the Budōkan. It was a wonderful way to raise the curtain on my 30s.

As I wrote previously in this column, for quite some time I had spent much thought on the issue of what sort of meal I should choose as the last of my 20s. Generally speaking, my options fell into two groups: end with one of the memorable flavors I had encountered during my 20s, or end with an unknown flavor I had never once tried.

However, an “unknown flavor” would not be so easy to find. After all this time actively trying all kinds of foods, I wonder what exciting flavors are left that I have truly never tasted…. Just as I was pondering this, though there was still a little time left before my birthday, I was granted a chance opportunity to encounter such a flavor for the very first time.

It so happened that my concert pamphlet was printed with a conversation between myself and the manga artists from CLAMP, whose wish to treat me to dinner to celebrate the 15th anniversary of my CD debut led to a gracious invitation to a wonderful restaurant. The meal was a resplendent full-course affair in a high-class restaurant atop a skyscraper with a sweeping view of the Tōkyō night scenery. CLAMP kindly prepared a bottle of wine for a toast. The wine that was brought out was a vintage from 1996, the very year of my debut…

It was a Dom Pérignon Rosé.

Holy crap, this is a first. Definitely a first for me.

Here, at 29, if we’re talking about an exciting flavor I’ve never tried, this would be it! Uwahh, incredible—what a flavor. And just as I have but one sip left the sommelier appears out of nowhere to fill my glass, which never once goes empty. To top it off, everyone in CLAMP can drink with the best of them. Losing myself in the conversation, I matched them glass for glass. When we finished the rosé a bottle of Dom Pérignon White appeared. Wow, are you kidding me? This one’s just as good! As I bathed in the delight of how wonderful it is to grow up, I got carried away and tossed back glass after glass.

At the end of the delicious meal we shared a dessert specially ordered by CLAMP, and I had a dreamlike time. “That was an excellent dinner; if you would excuse me…” I said as I stood to go visit the ladies’ room, but the moment I did so the world began to swim.

I had been sitting the entire time and so failed to notice, but my legs had completely turned to jelly. In my head I heard the voice of reason saying, “Sakamoto, if you collapse here you’ll embarrass yourself.” I know, I know, I replied to myself, and though I at last managed through sheer force of will to reach the restroom, I had only a one-way ticket. I could not possibly make it back to the table.

In the end the evening came to a surreal conclusion, with me leaning on CLAMP’s arms and encouragement for support as we left the famous high-class restaurant…. Ahh, I messed that one up. How embarrassing. But…having that grown-up first experience was fun!

By the way, if you are wondering what that momentous last meal of my 20s was, I was so busy with the concert preparations that it ended up being a bentō bought in the basement floor of a department store….

I’m excited to see what encounters my 30s will bring with new, undiscovered flavors from across the world. I couldn’t ask for more.

Translation note: “Pindon” is Japanese slang for “Dom Pérignon Rosé” that comes from a contraction of the terms “pink” (referring to the color of a rosé wine) and “Dom Pérignon”. When this essay was translated in August 2010, the typical price of a single bottle of 1996 Dom Pérignon Rosé was $350 (USD).